Home The Most Hacked Passwords Around the World

The Most Hacked Passwords Around the World

By Amber Steel at LogMeIn, Inc.

Think your passwords are We all know passwords matter when it comes to online security, but in reality, 65% of us still use the same or similar passwords everywhere. Though the passwords may differ from country to country, Internet users worldwide are notorious for poor password choices. So if you want to make your passwords hard to guess and harder to crack, you’ll need to avoid the most hacked passwords and create a strategy for better

Most hacked passwords are common across countries

Millions of people are still using the most hackable passwords in the US, the UK, Australia, and other countries where English is the

New studies show that common keyboard patterns like “1234,” “qwerty,” and “asdf” are still popular password choices among English speakers. Names – both given names and those of famous fictional characters – are another top pick. Superheroes, sports teams, cities, countries, and pet names are also frequently used

In other words, when English speakers are choosing passwords, they turn to the words that are easy to type, easy to remember or describe some aspect of their daily life. Of course, given the number of passwords people have to remember and the frequency with which they need to enter them every day, it’s unsurprising people use these words repeatedly. Still, those password choices have a damaging effect on their

Poor password choices aren’t unique to countries, but the popular passwords in speaking countries vary based on phrases, pop culture, and

In China, numbers are used in passwords more often than in countries. Simple number sequences like “111111,” “123123,” and “5201314” a phrase in Mandarin Chinese) are top choices. Phone numbers and birth dates also appear to be more frequently used in passwords created by Chinese

Numbers aren’t always better, though. When used on their own, passwords made from just numbers are easier to guess due to fewer possible combinations of the ten digits However, when passwords use a combination of letters and numbers, the number of possible configurations increases significantly. As a result, the time required to crack passwords also increases. Consequently, though Chinese passwords using number sequences are more hackable than many top passwords from countries, passphrases created by Chinese users prove more resistant to hacking than most passwords created by

These poor password choices persist in other speaking countries. “Hello” is a popular choice everywhere local language). When looking at password lists comparing the US, France, Germany, Spain, Italy, and Russia, the password choices are remarkably similar – keyboard patterns, names, and sports teams top the lists. Alarmingly, because many web services use standards for evaluating the strength of passwords, they often miscalculate passwords as being stronger than

How to avoid the most hacked passwords

While it’s amusing that poor password choices appear to be a universal phenomenon, we should all be taking steps to reduce our risk of being hacked or becoming a victim

Internet users worldwide should avoid keyboard patterns, names, dates, and any other password based on common words or phrases. Basically, anything found in a dictionary or popularized in the country’s culture are a Instead, the best passwords are passphrases that combine multiple words. Passphrases can be made stronger by using uppercase and lowercase letters, numbers, 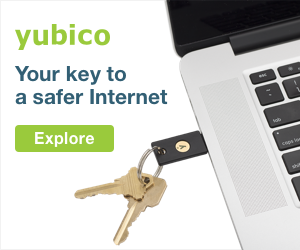